The De Zwaan Windmill still is a working Mill.  Some Windmills handle water control around the Netherlands with all their dikes.  This windmill was shipped over piece by piece, and recreated here on Windmill Island.  It is a Flour mill.  This was taken in the room with the grinding stone in the background.  Tourists can tour the windmill and purchase flour made by the windmill.

Fun Fact : The oldest windmill still standing in the Netherlands, was built before 1451, the Zeddam tower mill in Gelderland.   The sails of the windmill were positioned strategically to relay messages.   Some during times of war, and others to relay a message of a death in a family or a celebration.
The DeZwaan windmill, (meaning "Swan" or "graceful bird") built in 1761 in Krommenie, Netherlands, was moved to Holland, in 1964.  It was damaged badly in World War II.   There are scars from bullets still present, and it was a hiding place for some soldiers who have come to visit her and pay her honor. 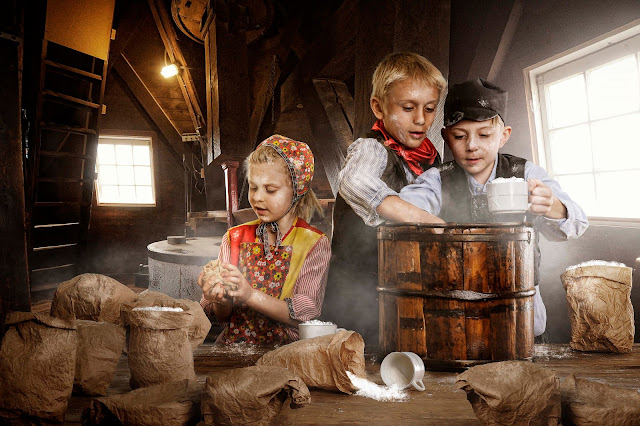 www.awakenedimages.com . David & Cara Williams . awakenedimages@yahoo.com . check us out on facebook!
Posted by Awakened Images Photography at 5:00 AM